Cybersecurity is now among the top things a company needs to keep its data and information safe. The services of pentesting companies are currently seen as an integral part of protecting organisations from cybercrime. By hiring a certified pen testing company, one can pinpoint areas of improvement in the cybersecurity of one’s systems, allowing them to take action and resolve any glaring security flaws. And to provide further security to businesses everywhere, a team of UK researchers have recently developed a device that could fend off USB-based cyberattacks. 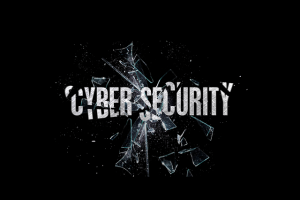 The device developed by the cybersecurity research team can prevent USB devices from spreading malware to different computers. Connectible devices can connect to the internet, which is why they can contract viruses and other dangerous malware that can harm computers.

Researchers from Liverpool Hope University were led by Dr Shishir Kumar Shandilya, a Research Fellow in the School of Mathematics, Computer Science and Engineering. He is working along with Professor Atulya Nagar, the Pro-Vice-Chancellor for Research at Hope.

Their research is focused on the use of memory sticks because they are particularly vulnerable and because they are the most frequent device used to infiltrate systems that have weak security – for example, homes and offices.

The threat of cyberattacks has increased during the pandemic since more and more people are working from home. Digital offices have been set up, and more people are online and for longer. The researchers say that it is important for any potential threats to be minimised and eliminated.

According to Dr Shandilya, cyberattacks have evolved. Hackers are now using intelligent algorithms and advanced technologies to steal data, break networks, and corrupt communication between agencies.

The most common pathways for malicious files and programmes are USB ports. Flash drives or memory sticks are used for data transfer from one computer to another, which is why they have a high risk of being used by hackers to penetrate a computer.

The team invented an intermediate device that acts as a gateway between a USB disk and the computer. This allows the safe scanning of the memory stick for any type of malicious file in order to stop attacks.

Dr Shandilya said that the device is a safeguard for host computers because it provides a layer of hardware security and hides that host operating system information. With this device, it would be nearly impossible for any malicious code to enter a computer.

When deployed, the device will determine the visibility and accessibility of the files in USB devices. Then, it will determine what levels of access to allow.

This invention is a part of the development of new cybersecurity research called Nature-Inspired Cyber Security (NICS). It puts together ideas and natural phenomena to secure operating systems from any form of attack.

NICS is dubbed as the defensive mechanism of the future because it is an amalgamation of bio-inspired computing and cybersecurity.

The device emulates OS (operating system) information and will then keep malicious codes busy with the disguised OS while thorough scans and categorising take place.

IT managers have had anxiety over cybersecurity in their companies over the last year. There has been an unprecedented number of attacks, and the worst part is that attackers are becoming smarter by the day.

These cybercriminals are responding quickly and are using more resources than those in small companies, which is why it is harder to keep up with them.

In research that polled 1,000 senior IT decision-makers across the UK, 72 per cent said that they suffered a security breach in the last twelve months. 24 per cent of them suffered more than five successful attacks over this period. Unfortunately, some of them had far more than this number.

In the 6 million privately owned businesses in the UK, a large percentage have moved to an indefinite remote work setup. This has led to a cybersecurity emergency because it is known that cybercriminals have various devices that they can use to target vulnerable companies.

Successful cyberattacks have a great many negative effects. They can lead to disruption of business operations, failure of supply chains, loss of reputation, fines, and many other ill effects.

Another sad fact is that companies did not invest in IT as much as they should in the past year. According to research, 51 per cent of IT decision-makers said that they were aware of the gaps they had in their online security setups. What was worrying was the finding that they are not doing anything to address these and have no plan to address them yet.

This is why there is a need for investing in security measures. These include tools, devices, services, and even the training of staff to curb the attacks of criminals who want to infiltrate systems and steal data.

Another important factor to consider is hiring a reliable pentesting company. These experts work to identify weak links in systems that make them more prone to attacks.

As businesses move to hybrid setups of remote and office working combined, securing systems has become more important. The threat of attacks is real, which is why working with a trustworthy pen testing company is critical to safeguarding your business.

At Aardwolf Security, we give a modern approach to cybersecurity. Our services are guaranteed to identify all the weaknesses in your business’s systems, allowing you to resolve any issues and make your system more secure. We do web app assessments, code review, cloud reviews, social engineering, and vulnerability tests to see what can be done to further improve the safety of your business online.

In this ever-evolving technological age, you need all the help you can get to keep your business safe and secured. What are you waiting for? Get in touch with us today.

Aardwolf Security is a trading name of TWR Internet Solutions Ltd who are registered in England and Wales.

This website uses cookies to improve your experience. We'll assume you're ok with this, but you can opt-out if you wish. Accept Read More