iOS is currently the second most common mobile operating system with a reputation for being safe and secure for its users. This is in part due to the underlying platform being a closed system.

Apple keeps their source code private to app developers and owners alike, therefore it makes the process of users modifying code on their devices more difficult, and, consequently, trickier for hackers to find vulnerabilities on iOS-powered devices.

With that said, iOS application vulnerabilities are increasing. With the ever-growing number of apps available on the app store, it is advised that a code review and iOS penetration test be carried out on any new or existing iOS apps that haven’t previously been assessed.

Our penetration testers can assess each aspect of an iOS app, including data storage, network transmission, and user authentication, to minimise the chances of attackers subverting the app and gaining unauthorised access to data. 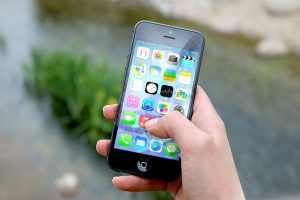 What is iOS Application Penetration Testing?

The purpose of testing is to reveal potential vulnerabilities in iOS applications and correct them, ideally before the app’s launch. The testing process includes methods like decompiling the application to identify defects, employing automated tools and of course extensive manual penetration testing.

Insecure iOS applications are a concern for software developers and consumers alike, since data leaks have the potential to harm both. This is especially true with the increased popularity of iOS apps, which consequently has increased the lure for attackers.

Why do you need iOS penetration testing services?

There is a need for iOS penetration services for iOS apps for multiple reasons. Firstly, app penetration testing reveals vulnerabilities and weaknesses in a system. If you don’t identify and correct these vulnerabilities, attackers could gain access to your consumer’s data.

Secondly, you may be required by law to comply with security standards, like HIPAA or PCI DSS. Penetration testing helps ensure you have taken reasonable due care in protecting the application and associated PII data.

Thirdly, the iOS app store has their own review guidelines. Your app may violate these guidelines if it fails some of their basic security checks. In the event of a violation, the app could be rejected by the store.

What are the benefits of iOS penetration testing services?

iOS security testing examines the security of an application from both the server-side and the client-side components. A pen tester will simulate attacks against every aspect of the app to ensure it’s free from known vulnerabilities.

These are the three most important areas that iOS pen testers check:

Pen testers check whether your app securely encrypts and stores data to prevent hackers from manipulating protocols to obtain it.

Pen testers confirm that the app has proper authentication and authorisation features. It should not be possible for an unauthorised user to gain access to the app’s data.

Pen testers check how easily the data the app transmits to servers which could be accessed by unauthorised individuals.

The pen testers will sequentially test the vulnerabilities of each of these areas through simulated attacks.

How is iOS penetration testing performed?

iOS penetration testing involves systematically testing for vulnerabilities across all aspects of the application. All identified vulnerabilities are documented and rated according to their severity.

Some of the common processes utilised during an iOS penetration test.

The pen tester will indirectly attack the app on a jailbroken device by gaining higher privileges and permissions. For instance, they may test whether they can access the mobile device from another by executing remote shell commands.

If successful, the pen tester has demonstrated that the application does not have proper authorisation and authentication features and is indirectly vulnerable to a jailbreaking.

If a pen tester can successfully disassemble an application, it proves that the application’s code has not been safely stored.

If successful, the pen testers prove the app is vulnerable to being hacked and doesn’t have sufficient security features.

If the pen tester successfully swaps the application’s digital certificate with a proxy, they will prove that your application lacks sufficient network protection features.

How long does it take to perform an iOS application penetration test?

There are numerous factors that influence the scoping of iOS app penetration test, such as:

What are the deliverables after iOS application penetration testing?

After a successful iOS penetration test, you receive a detailed report of the identified vulnerabilities, along with recommendations for correcting them, ideal for web developers.

In short, by the end of testing, you’ll know exactly how secure your application is and what you can do to correct the vulnerabilities identified.

How much is an iOS application penetration test?