Log4j Will Still Be a Vulnerability for Years to Come

In December 2021, the open-source Apache logging library Log4j experienced something they did not expect in recent months. The Log4Shell flaw exposed some of the most famous apps and services worldwide as being vulnerable to attacks. Therefore, many top penetration testing companies must ensure that their clients are secure. Pen testing companies can also check other companies and networks for possible attacks on their system. 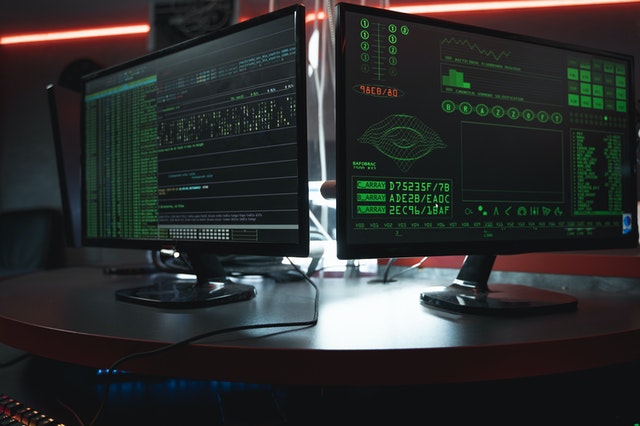 Hackers have been exploiting different websites and applications using Log4J. According to research from Cisco and Cloudflare, attacks have ramped up since the Apache incident was exposed. Attackers have exploited the flaw to install crypto miners on vulnerable systems. They are also stealing system credentials, stealing data, and digging deeper into already compromised networks.

The range of impacts is still unknown because of its massive reach. Developers use logging frameworks to keep an eye on any given application. An attacker then only needs to access the system using a string of code, which is strategically crafted and takes a lot of effort to make.

Once they have made the code, they can load it to the targeted software and launch attacks or install malware. Hackers usually introduce a snippet to the target in unexpected ways, like sending it through email or using it as an account name.

During their checks, major tech players, including Microsoft, Cisco, and Google Cloud, have found at least some of their services were vulnerable. They have since then been rushing to fix the issues. They have also told their customers to take the necessary precautions when proceeding.

Security experts are still checking the extent of the exposure, but even smaller organisations and companies should protect their systems from this threat. That is why companies need to employ the top penetration testing companies in their area. This way, their office’s network and system are protected from such unforeseen attacks.

Even with proactive measures, people will still find a long list of new vulnerable software as they think of new places would-be attackers can further exploit. These issues and vulnerabilities may show themselves during any given assessment and penetration tests.

What makes the issue a lot more problematic is the difficulty in tracking who is exploiting the code. Organisations do not have any clear account of who uses the software and what’s within each system.

The UK’s National Cyber Security Centre said that enterprises need to see if they have had any unknown instances of Log4j. Since open-source software can be used and incorporated wherever developers want, there is a major vulnerability, and exposed codes can easily be found anywhere.

However, even before the surfacing of Log4Shell, software supply chain security advocates have wanted to have “software bulls of materials’’, which make it easy to take inventory of the system and keep up with all the updated protections.

The priority is to take as much action as possible in a short time in the face of the issue’s looming and lasting impact. One of the most important steps today is to patch up one’s system because criminals quickly act on these types of vulnerabilities.

But enterprises should not be too quick to patch. Experts say implementing security patches without prior testing for vulnerability is the wrong approach.

If the situation worsens, attackers could develop a worm that exploits the flaw and allows the threat to spread from one vulnerable device to the next. It is a technical possibility, but malicious hackers may not have something so complex in mind.

Worm exploits are rare in these scenarios because the effort in developing them far exceeds their perceived benefits. Attackers would rather attempt to enter multiple website areas than create a code. The usual scenario is that attackers would race to enter certain areas as much as possible before they’re exploited or patched by others.

The Latest News for Log4j

There is now conscious mass scanning across the globe and of Microsoft servers. The software company has seen rapid exploitation of the vulnerability in existing botnets like Mirai. Microsoft also observed some people using the Tsunami backdoor to Linux systems, as well as current campaigns targeting Elasticsearch systems to use cryptocurrency miners.

Microsoft has also observed malicious activity such as conducting data leakage by taking advantage of the vulnerability without reducing a payload. It can have a huge impact on network devices with SSL termination, allowing an attacker to leak data and secrets to the public.

The company has not seen any huge spikes in ransomware attacks. It was previously noted that ransomware delivered via Minecraft clients had seen continuous exploitation and payload delivery.

Brokers associated with ransomware as service affiliates are continuously being observed because of their previous success. Microsoft has seen a lot of older and non-human-operated ransomware payloads used by a small number of attackers and security researchers.

The latest information from Microsoft says that the cases that Log4j is packaged into an Uber-JAR (Java ARchive) or shaded are not discoverable. Still, they are being covered within upcoming security updates.

Secure Your System and Networks

Threats in business networks and systems are imminent. It is not wise to wait to respond to these instances after the fact. To be proactive and keep your company safe from any attack, you should hire a trustworthy pen testing company.

At Aardwolf Security, we ensure that our client’s networks are safe. We have experts who have the deep knowledge to keep your networks and systems running well.

Our team will make sure that you will receive a personalised service. We have added an aftercare service that will help you in your future cybersecurity needs.

We do code reviews, assessments, cloud reviews, social engineering, vulnerability assessments, and so much more. Our services can give you peace of mind, knowing that you can avoid financial and reputational damage from threat actors.

For more information about what we can do for your company, you can visit our homepage at aardwolfsecurity.com or get in touch with us via 0203 5388 067.